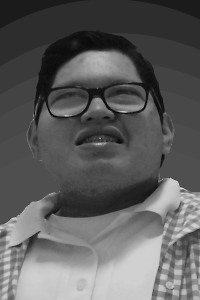 On May 1th, 1999. Angel Gonzalez ‘Dj Toro’ was born in Guatemala city. At a tender age Dj Toro was very interested in electronic music. Dj Toro begged his career for a pair of direct drive turntables and a mixer ,when he was 11 years old. Finally, after Dj Toro`s insistence his parents bought him the dj set and Dj Toro began practicing his dj mixing skills at home all the time. After playing at private home parties ,at school and practicing his dj mixing skills. Dj Toro became fascinated with the idea of producing his own tunes. His music is inspired by Hardwell, Axwell, Tiësto, Avicii, Sebastian Ingrosso, Steve Angello and Armin van buren. in 2015 he founded the record label Big Element records who was inspire by young Guatemalan djs/Producers to support younger djs and promote his tunes , so far succeeded Dj Toro and received support and recommendations of great artists and companies that helped grow up and play in international festivals and gigs.