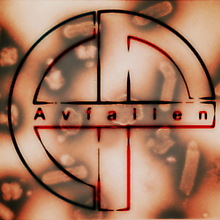 Avfallen is not human. Is a virus, in my blood. Me infected and contagious.

Bio
There is no hesitation that Avfallen is one of the hardest working talents, already making a name for himself as a professional in the genre of dub step.
In 2012, using his home studio, Avfallen began creating his tracks with an unusual new style. Avfallen's new sound revolutionized dub step music with dirty, heavy and even "frightening" sounds and rhythms never heard by anyone.
No doubt that he adds innovation and something unique to the Dj scene.
He didn't grow up in a profoundly musical household but he could learn how to play the guitar andwas known as an awesome drummer playing in a band in his hometown of Brest. But Avfallen was always full of desire to create his own original music one day.
After that he developed his knowledge of electronic music listening to nice dj"s.
Avfallen's most recent works " Plastic Apple", "Crying Stars", "Fury Inside Of Spaceship" have been released with great reviews by everyone who heard them. They are an awesome example of talent,strength, challenge to this world and fierce.
Being a good husband and father of two kids he pours his love and talent in them.
No doubt that Avfallen is able to move the crowd with his energetic combination of dubstep, trance, progressive trance, trancestep, techno, progressive house.
He is totally professional and refreshing addition to DJ family.